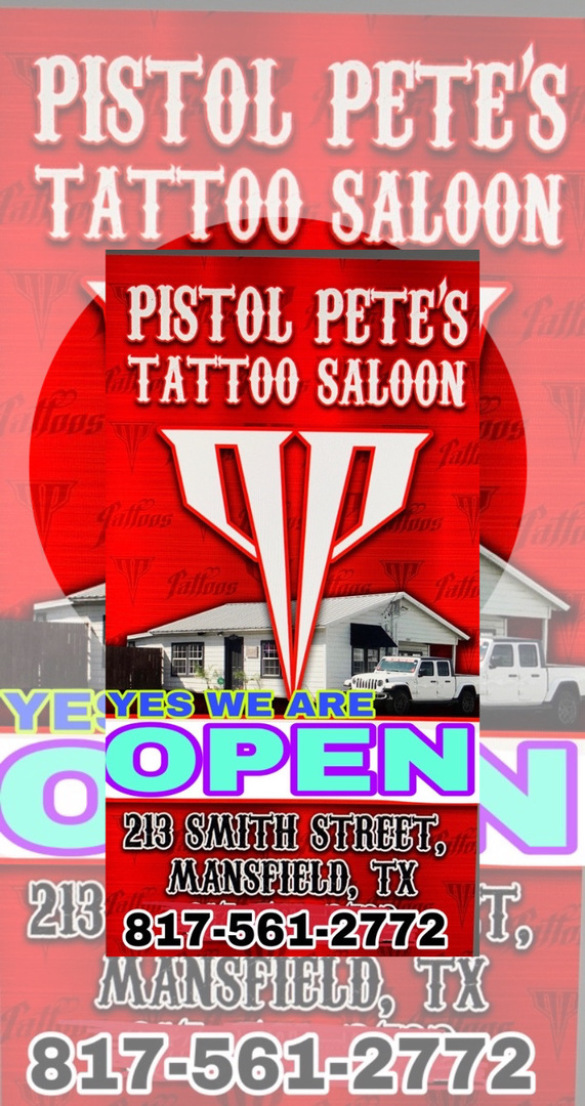 At Pistol Pete’s Tattoo Studio we take pride in being a Fully Custom Shop ,so we give you the industries leading Custom  Artist. All Designs are designed specifically for each client by our Award-Winning Artists…“why settle for Tattoo Flash which are the common Design seen in all Shops?”.Each of our  Artists has their own Unique and distinctive style with a steadfast commitment and dedication to their art and this industry. Take a look at their various works and decide who is right for you and your new Tattoo. We are the industry leaders in Custom Tattooing providing you with DFW's area renowned Custom Artists. We make each Design Custom taking our clients ideas and dreams for their design and making it a masterpiece. Custom Designs are proper Tattoos, just giving you peace of mind﻿.

Our Artist include some of the best artist in all of the DFW Metroplex Area, and can create unique custom tattoos that you can be proud of. We work closely with our customers to make sure they are comfortable and understand all that comes with getting a New Peice of Body Art, we feel this is what separates us from the rest of the Arlington Shops and surrounding areas. A Tattoo is forever, and making sure you get the Best Quality by the Best artists is Important. We have a wide selection of many Talented Artists to choose from, each with their own Unique, Creative Style of Tattooing, from Script Lettering, Photo Realisam, Black and Grey Tattoos, Japanese Traditional, Traditional , Colorful Tattoos, Urban Designs, Permanent Makeup , Custom Tattoos, or you just want to coverup a old one we do Tattoo Cover ups and the Best at them.

I must mention a Cover Up is a cheaper option then Laser Removal. Their is no limit to what we can do for you; You name it Pistol Pete's has you covered.

To help provide the highest possible standard of Artwork, we prefer to set appointments. As we strive to make each Design Unique and Custom for each client your request will be met with expert advice, individualized attention, and innovative solutions. Contact us and discover all we have to offer. Our Professional Tattoo Artist are looking forward to speaking with you. 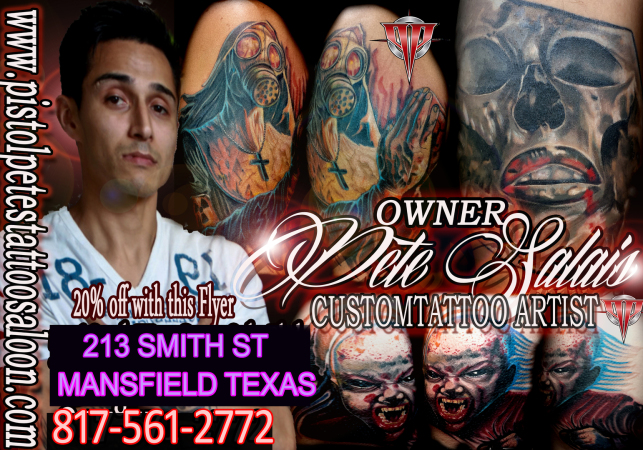 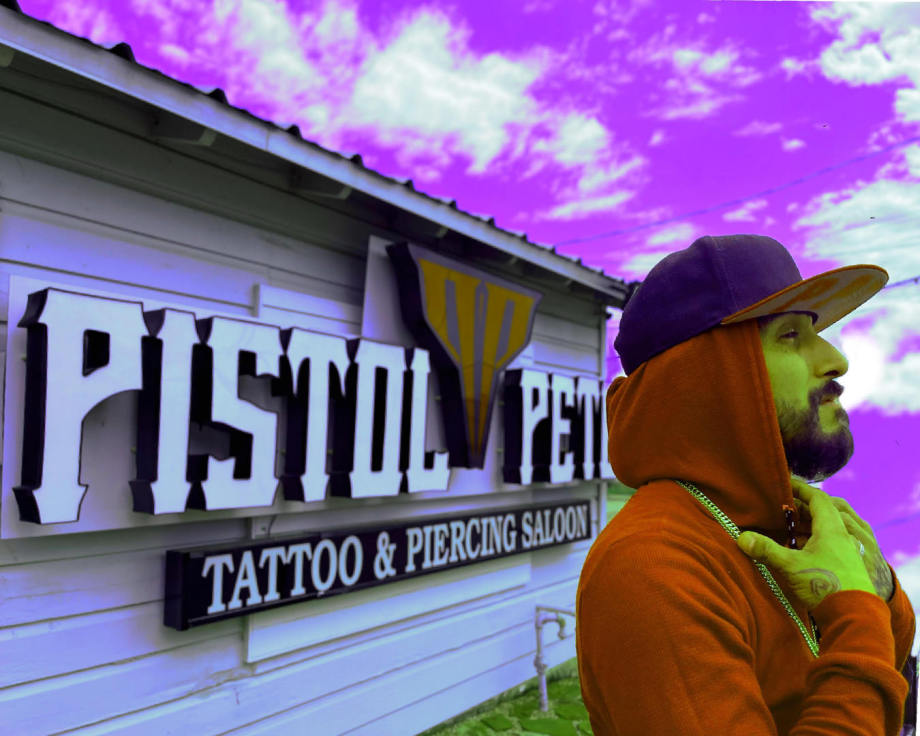 Pete Salais picked up his profession as a Tattoo Artist in the year 2008. Pete has had the pleasure of working with some of the "Most Creative Individuals" he has ever known. Now Owning, operating, and Tattooing out of Pistol Pete's Tattoo Saloon.

Pete's Artistic Interests outside of Tattooing are still the same ... When Pete Salais can find the time,he very much enjoys painting in oil, acrylics or watercolors, although he still loves drawing in pencils, Prisma's, and markers. Pete's artistic influences are much the same as they've always been. Heres a list of some of his Artistic Influences.

♦ Custom Tattoos. These Tattoos are made for one person and that person only Generaly the ideas of and ambitions a client has in mind for their design

♦ Realistic tattoo Art. These designs are usually portraits or landscapes that mimic the fine detail of a photograph. Mostly they are done in black and white as it takes a master tattoo artist to emulate images in colors. Sometimes this style is also called photo-realism.

♦ Black and Gray Tattoo work. This style originated in the prison system of America, where it was difficult to get colored ink. These Tattoos have the kind of warmth and depth to them that you usually associate with a charcoal drawing.

♦ Realistic or Surrealism tattoo Art. Surrealists feasted on the unconscious. They believed that Freud's theories on dreams, ego, superego and the id opened doors to the authentic self and a truer reality (the "surreal"). Like the Dadaists, they relished the possibilities of chance and spontaneity.

♦ Naturalistic Tattoos
When an attempt is made to portray the tattoos in a realistic style, they tend to take the 'natural' form. The portrayal, involving minute detailing, shading and perspective, is done in such a way that imparts a tattoo design with as much realism as possible. With their cost a little on the higher side, naturalistic tattoos more popularly comprise of faces of Native Americans and religious leaders.

In an effort to minimize wait times, Pete may suggest another Artist that he feels is best suited for your Body Art (Tattoo). Its Pistol Pete's highly talented group of Tattoo Artists that have helped earn the shop's great reputation, and he completely backs their work. Although Pete tries to accomodate as many people as possible, there is no guarantee that he will personally be able to take on your project (even if you are on his waiting list).

Please contact our Mansfield texas  Tattoo Shop at (817) 561-2772 if you’re interested in being Tattooed by Pete Salais (Pistol Pete).Thanks for your interest. We're looking forward to hearing from you...

We're looking forward to hearing from you! 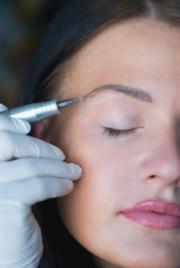 Yes ladies we do permanet make up